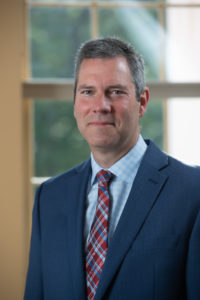 David Whitcomb became the University of Mississippi’s chief legal officer and general counsel in August 2021. In this role, Whitcomb reports to the chancellor and provides the overall management and direction of the university’s legal services, including academic affairs, student affairs, research, and athletics.

Whitcomb has more than 25 years of experience across the corporate, governmental and higher education sectors. Before joining UM, he served as deputy general counsel for the University of Tennessee System, where he oversaw the system’s litigation across all campuses, as well as other controversies involving students, faculty, employees and the general public. He is experienced in constitutional and civil rights matters. Additionally, he has managed matters involving both the public records and privacy laws.

Previously, Whitcomb was a partner with BakerHostetler in Columbus, Ohio, where he was a litigator and employment lawyer and advised clients on public sector issues. He also worked as a trial attorney for the U.S. Equal Employment Opportunity Commission and served as a law clerk for two U.S District Court judges.

Whitcomb is a graduate of the University of Michigan Law School. He also holds a bachelor’s degree in political science from Ohio State University. He and his wife, Brooks, and daughter, Margaux, enjoy visiting national parks, hiking and boating. 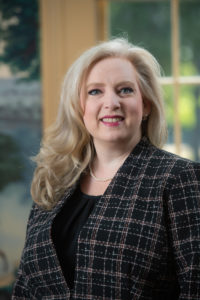 Laura Hill serves as the University’s Associate General Counsel. In this role, Hill reports to the General Counsel and focuses her attention on providing legal services with regards transactional matters that arise across campus specifically in the academic, research, healthcare, and compliance areas.

Prior to joining Ole Miss in 2019, Hill spent 10 years as Associate General Counsel for the University of Mississippi Medical Center. In that role her practice included providing regulatory and compliance guidance in healthcare, research, academic affairs, and business law matters.

Hill is a graduate of Mississippi College School of Law. She holds a Bachelors of Arts in International Political Science with minors in French and History. She and her husband, Blair, and stepdaughter Chloe reside in Tupelo where they enjoy loving on their 3 dogs, hosting dinner parties with friends, and traveling as often as possible. 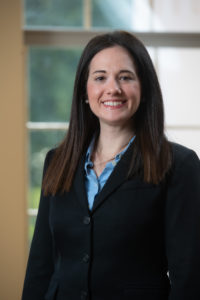 Lindy Brown joined the University of Mississippi as Assistant General Counsel in January 2021. Her focus includes student affairs and assisting with litigation matters. Prior to joining the University, she was in private practice in Jackson, Mississippi for 15 years at two different law firms, Watkins & Eager PLLC and Bradley Arant Boult Cummings LLP, where she focused primarily on civil litigation. Brown is a member of the Mississippi Bar. She was included in the 2021 edition of The Best Lawyers in America® in the area of Product Liability Litigation – Defendants.

Brown is a native of Jackson. She earned her B.A. from Rhodes College in Memphis where she was inducted into Phi Beta Kappa. Brown earned a Juris Doctorate from the University of Mississippi where she received an Eastland Scholarship and graduated first in her class. In law school, she served as Associate Articles Editor for the Mississippi Law Journal. After graduation, she served as a law clerk for U.S. District Judge William H. Barbour, Jr. for the Southern District of Mississippi. She has long enjoyed community service including as a member of the Junior League of Jackson. 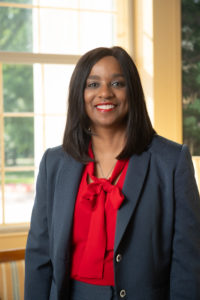 Angela (Ane) Redmond Debro serves as the Associate General Counsel for Athletics and reports to the General Counsel.  Debro works closely with the Ole Miss Athletics leadership team and has the primary legal responsibility for preparing and reviewing business and employment contracts, advising on personnel and student-athlete issues, advising on compliance issues, and responding to public records requests.

Prior to joining Ole Miss in 2022, Debro served as General Counsel for Alabama A&M University for 12 years. Before serving her undergraduate alma mater, she served as an Assistant United States Attorney for the Northern District of Alabama and as an Assistant District Attorney in both Jefferson County and Madison County, Alabama.

A native of Greenville, Mississippi, Ane is married to J. Mark Debro, Esq. and the mother of two, John Mark, II and Lara Page. 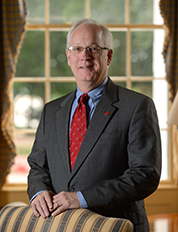 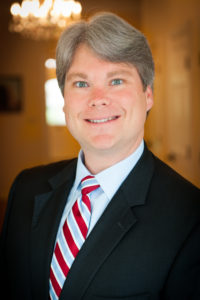 Rob serves as the Director of Contracts Management and Counsel.  In this role, Rob oversees the contract activities for the University of Mississippi by providing strategic planning, contract administration, business negotiation and performance measurements.  Rob also reviews contracts for compliance with the policies of the Mississippi Institutions of Higher Learning, the policies of the University of Mississippi, federal, state, and local laws.

Rob has been with Ole Miss since 2013, previously serving as Assistant General Counsel and Director of Development.  As a result, Rob has extensive experience with transactional matters impacting colleges/universities and maintains diverse institutional knowledge specific to Ole Miss.

Prior to joining Ole Miss, Rob was a litigation attorney with Jones Walker and served as a law clerk to Chief United States Magistrate Judge John M. Roper.  Rob has both his undergraduate and law degrees from Ole Miss.  When not working, Rob enjoys cooking, traveling, spending time outdoors, and cheering on Ole Miss sports.  Rob and his wife Rebecca are the proud parents to two fun and creative boys — Winston and Mac. 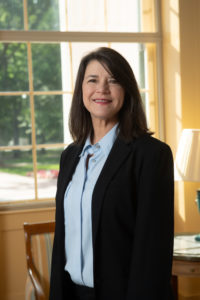 Stephanie McMullen joined the University of Mississippi as a Paralegal in February, 2022.  Prior to joining the University, she was employed as a paralegal in Clarksdale, Mississippi, spending the last 19 years as a litigation paralegal working on various types of civil litigation claims, including medical malpractice, product liability and personal injury.

McMullen is a native of Columbus, Mississippi.  She earned her B.A. in English from the University of Mississippi and her Paralegal Certificate from The National Center for Paralegal Training.  She and her husband, Nat, enjoy traveling as often as possible. 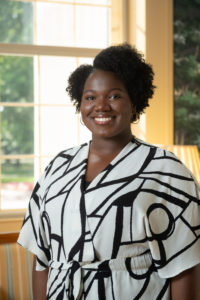 Toi Parker serves as the Executive Assistant for the Office of General Counsel. In this role, Parker reports to the General Counsel and provides administrative support and helps coordinate the daily operations within the office. Parker’s responsibilities include scheduling and coordinating meetings, maintaining departmental inventory, coordinating travel, maintaining filing systems, and managing departmental budgets.

Parker is a graduate of the University of Mississippi and holds a Bachelor of Arts in Psychology with a minor in Music. Prior to working in the Office of General Counsel, she served as the Staff Assistant for the Department of History. She and her husband, Kordarius, enjoy living in Oxford and having the amazing opportunity to work at their alma mater.